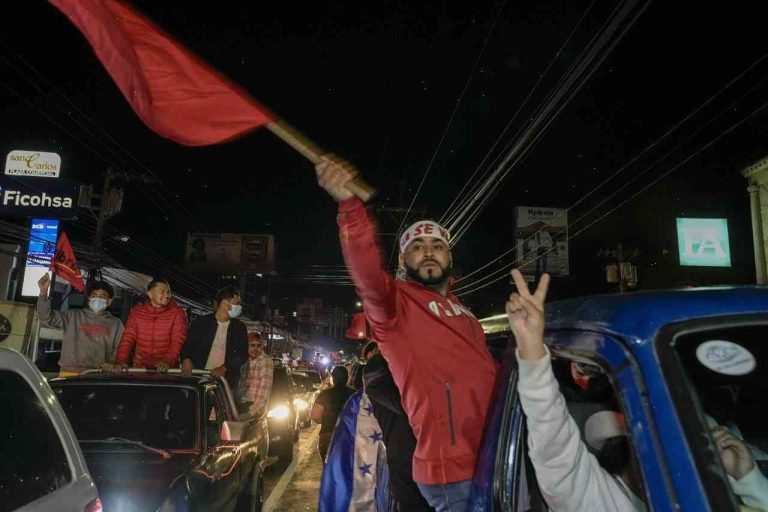 Leftist leader Salvador Nasralla has won a tight race in Honduras, taking the presidency of the poor Central American country.

Despite not winning outright, Mr Nasralla’s win means he will become the country’s leader.

The international community will hope he will put an end to the political crisis which has afflicted the Central American country since the withdrawal of the previous government in March last year.

There were protests in Tegucigalpa and other cities across the country when Mr Nasralla’s apparent victory was revealed after election day, with gunshots heard and bodies lying in the streets.

Mr Nasralla made his first speech to supporters on Wednesday night, promising to continue with the investigation into corruption, unless people made him change his mind.

The country was gripped by political turmoil since Manuel Zelaya was ousted in a coup in 2009.

Zelaya was accused of trying to change the constitution to extend his rule, prompting the coup. He was re-elected in a presidential vote in 2014.

These angry protestors complain that Mr Hernandez’s LIBRE (Liberty and Refoundation Party) has tried to eliminate their voices in the country.

These protests came after electoral authorities postponed the result of the general election on Monday because they said many irregularities took place.

The presidential vote was the first time presidential candidates from Honduras have faced each other in a ballot without Zelaya’s presence.

Under his rule, Honduras became a controversial example of the growing influence of leftist governments in Latin America.

There are some 27 million people in Honduras, roughly half of whom live in poverty. The country’s per capita income is currently $730 (£579).

Mr Nasralla on his campaign, said that he was “hunting” for foreign investments in order to improve the health and education of the population.