The city of Toronto has announced the penalties it will levy on those who do not comply with the city’s measles, mumps and rubella mandate: Close to 200 temporary workers, beginning on March 1,… 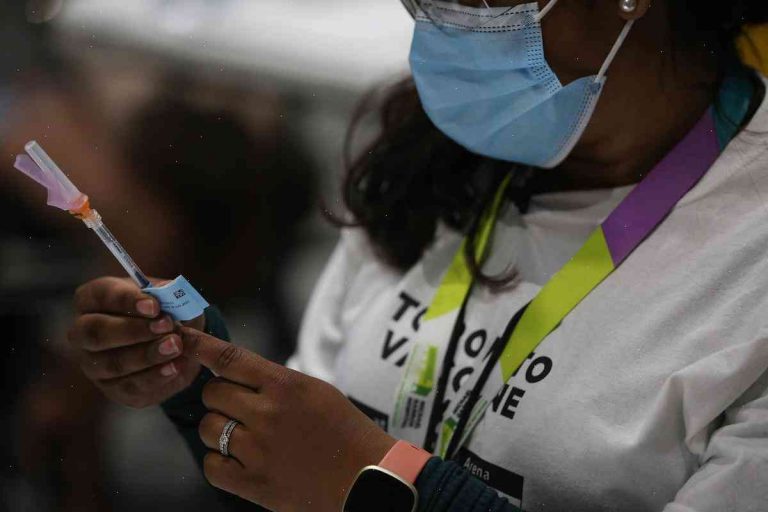 The city of Toronto has announced the penalties it will levy on those who do not comply with the city’s measles, mumps and rubella mandate:

Close to 200 temporary workers, beginning on March 1, have been informed that they will receive a letter from their employer warning them not to come into work that day, and then receive a fine of $400 and no further work for seven days or no work at all.

Other positions, such as nurses, do not have the same penalties. The city has warned patients who do not get vaccinated, including children, that if they are hospitalized, or if their risk of getting mumps increases, they will be on “duty to seek medical supervision.” At-risk pregnant women who don’t get vaccinated could be placed in isolation for two weeks.

Kirstine Payne, the chief medical officer of health in Toronto, said the penalty has “been in place for 10 years with very limited participation.”

Ms. Payne noted that just 952 of the 148,000 city employees are covered by the mandate and that just 145 employees have not complied. Out of 5,500 students that attend Toronto public schools, 2,430 require the vaccination and 705 haven’t received it. Last school year, nearly 8,000 students got vaccinations and another 3,270 were up to date, according to the Toronto Public Health website.

For most staff, the mandate is voluntary and, as Ms. Payne noted, the city has offered to waive those fines for voluntary compliance.

In addition to imposing large fines on workers who fail to vaccinate their kids, the city has threatened to use the fines as leverage to force parents to comply with their mandates. Toronto has offered to waive fines for those who get their kids vaccinated if parents also agree to comply.