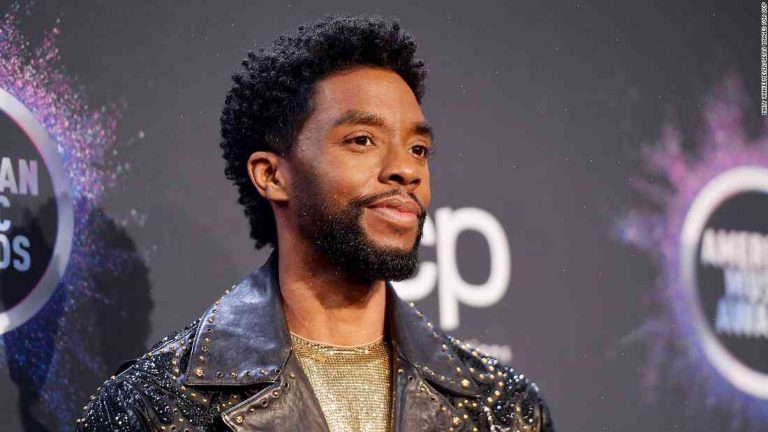 The visit was all for a good cause. Chadwick received the Rainbow Nation Urban Community Awards — the former acronym for the Rainbow Nation Development Agency — on June 6, the theme of which is “Responsibility is the first law of life: for present, for future.” For his professional, charitable and humanitarian contributions to communities throughout the world, and in the U.S. too, Chadwick is one of the awardees.

The awards’ best known, and certainly the biggest, is the Rainbow Nation Award from U.S. President Barack Obama — who bestowed the honor on Chadwick in February of 2017.

Readers of the Post’s books pages will know why this is such a great, soul-lifting read. No sooner had Chadwick Boseman escaped the deadman’s drop of Idris Elba than the world was plunged into a cliffhanger that found something was gone. In “Captain Marvel,” Chadwick is playing the “Martian Manhunter” aka Mar-Vell, who was the perfect companion and mentor to Mar-Vell’s counterpart, Hank Pym, played by “Ant-Man” star Paul Rudd.

Kudos to everyone, including the writers, cast and crew of “Captain Marvel,” whom Chadwick probably had a lot of fun working with while filming in South Africa — particularly in town for his birthday.

Back in the fall of 2018, Chadwick posted on Instagram what people were saying about him around the world during a tour of London. He wrote: “I have a bit of a bad reputation in the UK, it’s true. I didn’t help myself though. Every time I got a tattoo I would be like I’m getting the largest ever tatted! I guess in time the negativity became worse. People in Europe have accepted me but I was in my early 20s with beautiful pictures of myself! Where I come from, people don’t just watch movies, they watch the whole series and compare people and they say “You are the most beautiful movie, I was like I wish I would’ve acted like him.” I had no idea that comes with it, not from someone who isn’t used to seeing a black actor succeed in the U.K. or around the world.”

“Captain Marvel” isn’t the only movie Chadwick is in the second quarter of 2019. On May 9, he portrayed Marcus Garvey, the movement’s founder, in “The Black Panther: A Graphic Novel Adaptation,” and he’s also in “Black Panther,” the upcoming, team-up superhero epic coming to theaters on May 24.