The wage gap between high- and low-skill jobs is growing, putting even more pressure on manufacturers, a business group said Tuesday, in a survey that shows the mismatch of demand and supply of workers… 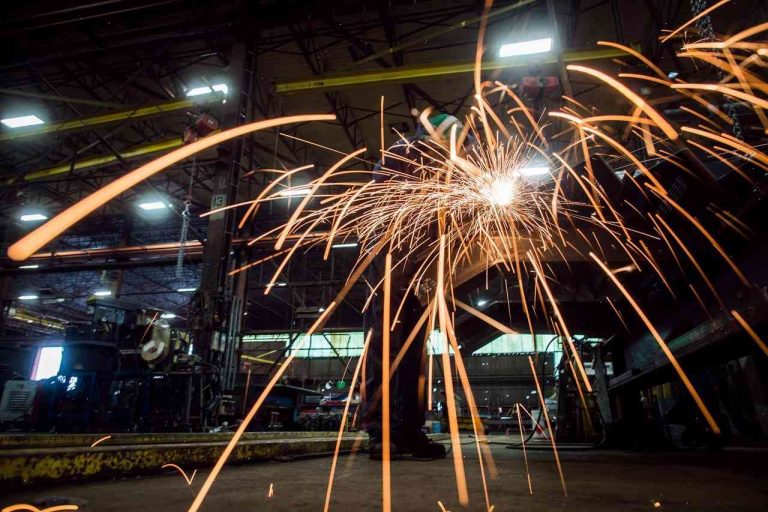 The wage gap between high- and low-skill jobs is growing, putting even more pressure on manufacturers, a business group said Tuesday, in a survey that shows the mismatch of demand and supply of workers is getting worse.

The survey, conducted by Manufacturers Alliance/MAPI, a nonpartisan business lobby group, found that about 54 percent of manufacturers polled reported that they could not find candidates to fill positions. Of those companies that do not have a qualified candidate, 65 percent said it is because they cannot offer higher wages, and 23 percent cited other contributing factors.

The results come as employers such as Walmart and the restaurant industry increasingly cite wage pressure and shortages of both high- and low-skilled workers as reasons they are raising prices, and putting pressure on consumers.

“The survey suggests that those problems are forcing manufacturers to do things other than grow their business, as reported in our First Look report earlier this year, which included their plan to leave the region if they cannot find a workforce,” said John Engler, the group’s president and chief executive. “Companies must go beyond an educated workforce if they want to employ their workers and reach further down the skill spectrum to address the complex supply/demand mismatch.”

Wages in the region have lagged behind the national average for more than a decade.

The finding comes as employment growth in the region has been strong, indicating that that manufacturing sector of the economy will continue to grow.

The Washington area’s unemployment rate, at 2.8 percent in August, remains below the national rate, and is lower than many of the metro areas that are home to traditional manufacturing operations.

MAPI estimates that more than 33,000 manufacturing jobs will be added in the Washington area this year, with a projected 14,000 new jobs in the third quarter alone. Over the last year, the area’s employment growth is roughly 3.6 percent. By comparison, the rate for the nation as a whole, at 2.9 percent, is projected to slow this year, to 2.2 percent in 2019, and to 1.8 percent in 2020.

Though there is little data to assess the overall quality of the region’s working workforce, data from the U.S. Bureau of Labor Statistics for metropolitan areas that have a population of more than 100,000 for the three years ending July 2017 was not immediately available. But the cities of Charlotte, N.C., and Raleigh, N.C., which offer the most likely blend of growth and high-skill jobs, have high rates of workers employed in health care, utilities and utilities production industries. But these are also the industries that are projected to drive growth in the months ahead, creating greater demand for workers.

The growing wage gap across industries shows that workers with high-skill jobs, in particular, are facing a significant wage gap, with median hourly wages for people with a bachelor’s degree or higher at $27.26 in 2017, according to BLS. In comparison, workers with only a high school degree earned a median wage of $15.93 that year.

Researchers have said that while overall, workers in some sectors, such as health care, generate faster wage growth than their peers, increasing demand for high-skill workers may also mean that job opportunities will remain tight.

But the economics of the region’s manufacturing sector suggest that firms may need to find ways to attract workers in areas outside their core manufacturing geography, including engineering.

A July report from the non-partisan Brookings Institution, for example, found that the only big city in the nation with growing pay growth over the past two decades for high-skilled manufacturing jobs was Raleigh, with a compounded growth rate of 11.1 percent.

The study also found that worker shortages, wage stagnation and lack of skills training are increasingly spurring the creation of clusters of employers that are more geographically dispersed.

The Brookings report said that between 2014 and 2016, more than 400 manufacturing clusters were identified nationwide.

Why is it so hard to get anyone to move out of the way of a bollard?