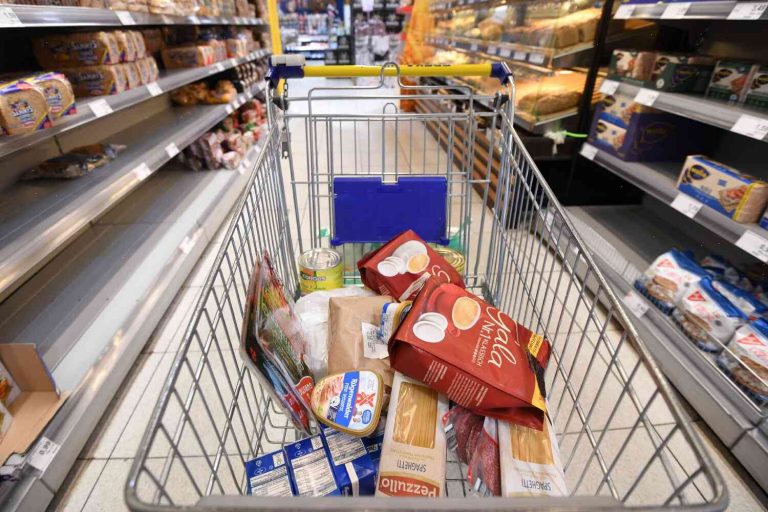 Eurozone inflation hit a record high of 4.9 percent in August, bringing prices even closer to the European Central Bank’s target.

The reading was up from 4.8 percent in July and July was the highest month-on-month gain since the European Union started monitoring inflation in January 2014.

Earlier this month ECB President Mario Draghi warned that inflation would stay uncomfortably high for some time yet.

The eurozone has enjoyed years of financial stability since the financial crisis of 2008-09.

But Mr Draghi – and economists – have also cautioned that rapid economic growth in recent years means growth in the overall economy is unlikely to slow.

This in turn could boost inflation in the future.

The eurozone economy has boomed in recent years with its growth at its highest level since it was first unified nearly 50 years ago.

Eurozone production, seen as an indicator of future inflation, rose at its fastest pace for almost four years in July, according to latest figures released by Eurostat.

But Mr Draghi says that he does not think the eurozone’s buoyant economy can continue.

Since the financial crisis of 2008-09, the ECB has been buying government bonds to lower borrowing costs and boost banks’ lending.

But on 2 August the ECB disappointed markets and analysts when it announced that it was pausing its bond purchases, which at the start of the year were set to be extended to November.

The ECB said that its September meeting would be the last to discuss the issue before buying purchases were tabled for later in the year.