A growing number of signs at waterfront Green P lots in Brooklyn raise money for recycling programs, with the drivers appearing to have no idea they are being bribed. The practice appears to be… 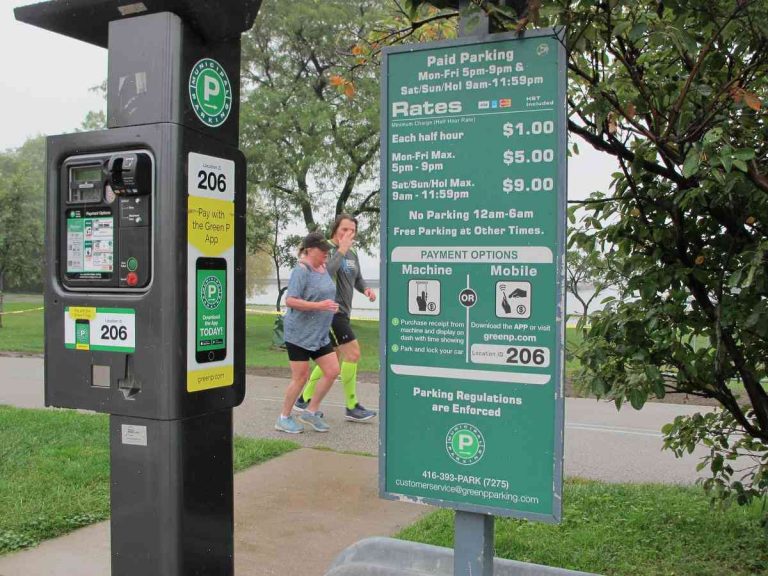 A growing number of signs at waterfront Green P lots in Brooklyn raise money for recycling programs, with the drivers appearing to have no idea they are being bribed.

The practice appears to be organized, and doesn’t appear limited to Brooklyn. There are a few signs posted in both northern and southern Manhattan at stations including the Greenpoint and East River Connector lots.

When asked if they could find these signs anywhere else in the city, a City Council Transportation Committee aide responded: “We wouldn’t know where else these signs are. It would be a matter of further investigation and then we’d be able to begin investigating.”

The response falls short of demanding answers from the Department of Transportation, which has received dozens of complaints from drivers seeking to stop them from displaying the signs, a spokesperson for the committee said. The spokeswoman added that DOT would be interested in obtaining the signs, but declined to estimate when they might be located.

The neighborhood and site of the Green P lots are part of a federal Superfund site, which the city attempted to address this week by redrawing all of the lots’ boundaries. Many of the signs were moving toward bus stops at the southern end of the lots, where the neighborhoods of Cobble Hill and Williamsburg could be seen.

When asked about these signs, city officials said they cannot keep tabs on everything on the inventory. “I’m not sure we can do that,” a Department of Transportation spokesperson said.

A spokesman for the Mayor’s Office of Management and Budget said in a statement that it wanted to see “noxious signs” and “people engaging in illegal behavior.”

“We are developing a tough enforcement plan that we will announce in the coming weeks,” the spokesman said.

Street Fair activists are outraged by the pay for parking signs, as one Greenpoint resident wrote to The New York Times in 2017.

“When you see these signs, the first thing that happens is you immediately think, ‘Oh, I didn’t know there was something I was supposed to pay for,’” Susan Rasely, of the nonprofit Save Greenpoint, told the Times. “People who see these signs stop and go: ‘Wait, wait, wait! How much are these really going to cost?’ They realize there is something not right.”

After being approached by The New York Times, the city removed the signs from the Greenpoint lots. Other outer borough lots were also affected by the practice. Some messages also appeared to run across other not-for-profit companies in the area.