Written by Cinthia Garcia, CNN As they and other First Nations across Canada prepare for the largest climate march in history, and as a government prepares to tussle with First Nations over its response… 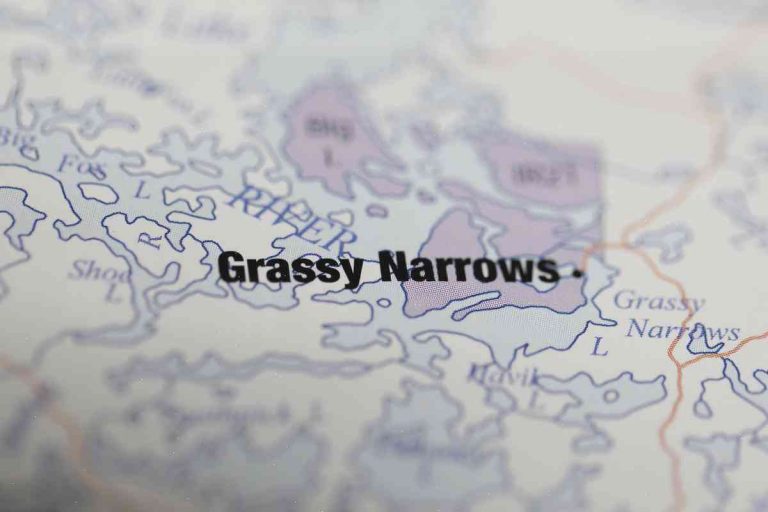 As they and other First Nations across Canada prepare for the largest climate march in history, and as a government prepares to tussle with First Nations over its response to a fifth person dying on First Nations reserves in two years, the Ontario government has been using a map that a local First Nation says is outdated and inaccurate.

The publication — part of a Geographic Information System, or GIS, document — is part of a process for granting permits and the report is separate from the Canadian government’s controversial Indigenous Policy Framework.

To many of Ontario’s Indigenous people, however, both documents should be seen as part of the same problem.

The province’s Crown-Indigenous Relations and Northern Affairs Department sent CNN a statement saying the map was commissioned for an evaluation of land acquisition. The report submitted by the government defines Ontario land that is made available for mining, while also defining lands that are not, such as wetlands, fire lands and conservation areas.

“Resources is vital to Ontario’s economy and modernization is critical to our province’s future prosperity, which is why the Provincial Government is engaging with local First Nations about ways to responsibly and sustainably utilize existing resources while also investing in new sources,” said the department.

However, leaders in the Ontario First Nations community claim that the Crown-Indigenous Relations and Northern Affairs Department has changed the definitions of what they consider to be critical land access rights.

On December 20, all chiefs and bands representing Ontario First Nations unanimously passed a resolution at their assembly in Thunder Bay, Ontario, criticizing the government for its consultation with First Nations and its environmental assessment.

On December 6, more than 400 people gathered in Toronto as part of the Stop to Fight climate change Ride to light the symbolic candle at the Ontario government headquarters.

The demonstration was organized as part of the Second World Climate Conference — COP24 — in the Polish city of Katowice, where the Canadian government is meeting with Indigenous nations to discuss a $5.3 billion investment package.

Meena Nasar, a lawyer for the British Columbia First Nations B.C. Secwepemc Nation, said in a post on social media that Canada is viewed as a signatory to the UN’s Paris Agreement, but is causing serious harm to its People through “bad faith.”

Prior to the mass rally, organizers said that they were hoping for a public commitment from the Ontario government to implement a consultative process with Indigenous communities, particularly on resource development, amid their ongoing rejection of projects like the Pacific NorthWest LNG terminal.

“At the end of the day we are asking for indigenous ownership of the natural resources we are given. Our constitutional duty comes before all else,” said Nancee McNeil — the organizer of the Stop to Fight Climate Rally — in a Facebook post.

“If our own government is simply not prepared to do its part to protect our living planet, then our people will always have to be the ones to speak up for our rights.”

Scaffolding in Glasgow playground: from above