NASA hopes to teach us a lesson on the dangers of visiting alien worlds — by crash-landing on one. On Dec. 25, scientists at Kennedy Space Center launched a spacecraft to crash into a… 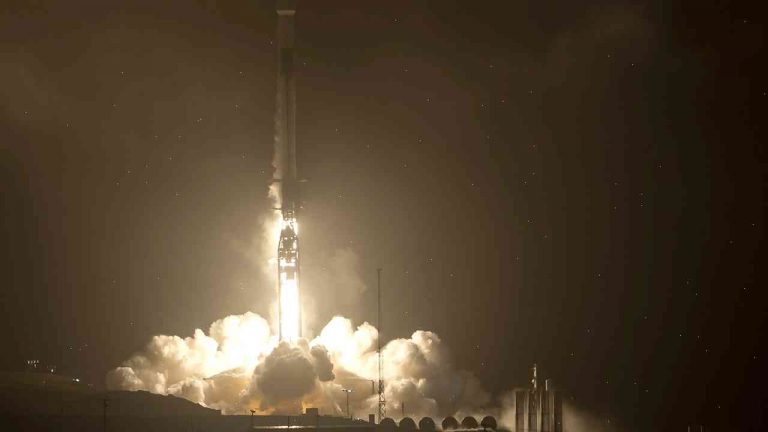 NASA hopes to teach us a lesson on the dangers of visiting alien worlds — by crash-landing on one.

On Dec. 25, scientists at Kennedy Space Center launched a spacecraft to crash into a near-Earth asteroid known as 1T J1458, known as Didymos for short. The the spacecraft will be reeled into Earth’s atmosphere and parachute down to Earth, where a camera will snap photos as it burns up in the atmosphere. The impact will be simulated, but at between 1,250 and 1,950 miles above Earth. The impact will start as the spacecraft is travelling at 17,200 mph, and it will end as it goes about 13,000 mph.

If the asteroid are larger than 1 kilometer in diameter, they are called near-Earth objects, or NEOs. There are more than 5,000 confirmed NEOs that are on a trajectory to come within 3.15 million miles of Earth at some point during the 21st century. 1T J1458 is thought to be about 330 feet across, about the size of a small house.

Exploration of NEOs is nothing new; some of them, like Didymos, are quite familiar, having already been visited by NASA’s Deep Impact spacecraft in 2005. A nuclear explosion on board Deep Impact pierced the asteroid’s surface, creating material that was released in a shower of tiny particles that NASA and others later used to create data for other NASA projects.

Didymos is about three times more powerful than Deep Impact. The probe that crashed on the asteroid that crashed into a comet called Tempel 1 in 2014, for example, contained a pressurized atmosphere.

NASA also launched a similar spacecraft in October 2016. Near-Earth Object Camera (NEOCam) is a service to the public, designed to help scientists understand how asteroids form and how to protect the planet from collisions. It will try to gather data from 2018-2021 about asteroid Hyakutake.

But crashed and destroyed? Pretty much.

Didymos is 400 years old, the first of its kind, named after the Greek astronomer Didymos of Patmos. The asteroid was discovered in 2009 and named after that astronomer and someone who studied that astronomy. Didymos spent 30 years orbiting the sun as an asteroid, and NASA scientists theorize that it is related to the “Emperor” asteroid that exploded in 1908 near the Yucatan Peninsula, spewing out clouds of vaporized rock, toxic gas and boulders hundreds of miles across.

After May 2020, the spacecraft will crash into the asteroid. Then another spacecraft, named NEOSAT, will join the mission in 2021. NEOSat is a gamma ray emission spectrometer designed to examine the composition of asteroids.

NEOCam is designed to survive a potentially life-threatening asteroid on a mission similar to this one. (The human version won’t have the same chances, but it’s better than never.)