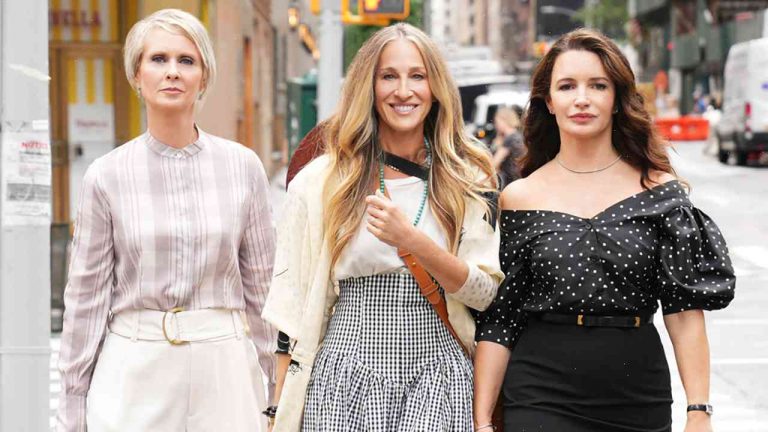 The full trailer for the upcoming “Sex and the City” spin-off, “And Just Like That…,” has arrived. The spin-off of “Sex and the City” will center on three friends in their thirties, six years after the events of the final episode of the original series, complete with wine-drinking, brunch and there will probably be stilettos and a lot of nudity.

The trailer shows a series of recent photos of the three women with their friends, and what looks like a housewarming party. The women are shot swimming in the pool, jumping in the pool and tanning in the pool, all the while wearing bikinis. Murphy is seen lying on a couch, drinking wine, and phoning someone from the trailer. At one point, Scheer says, “I’m going to live my best life to die young.”

“And Just Like That…” will be a six-episode series, debuting on May 29 on Showtime. The series will fill the gap between the end of the original HBO show and the first movie, which debuted in 2008. The movie featured only Kim Cattrall and Sarah Jessica Parker, but was originally intended to be a four-season series.

When asked about his thoughts on a Sarah Jessica Parker reunion with the three others, Sara Jessica Parker told Entertainment Weekly, “Absolutely not, no. The thing that was so wonderful about that show, as it ended and we were looking forward to it, was really the complete lack of any f—ing conversation about [reviving] it. And now we’re going to have to have one. And that’s the beautiful part of that.”