Ecuador has identified the 43 prisoners who died last month in prison rioting, government officials said on Saturday. Citing the circumstances and bodies’ identification, officials said only one of the prisoners, described as a… 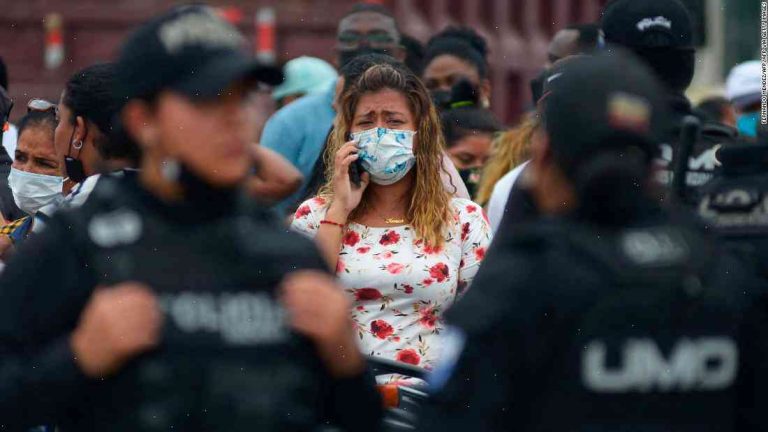 Citing the circumstances and bodies’ identification, officials said only one of the prisoners, described as a juvenile, was 16 years old. Two other prisoners were only 18 years old.

Police and soldiers were deployed to control the violence at Ciudad Altamirano, one of the most overcrowded prisons in the country, on Dec. 20.

The riot was sparked by an ongoing dispute between inmates. Authorities said inmates charged with murder launched a drug and arms trade while their jailers were found dead.

The deaths came just days after 44 prisoners were killed in a similar riot in Altamira prison on the western coast. One week after that incident, gunmen entered the San Francisco prison, killing 17 prisoners and wounding eight others. In addition, three days later 20 people were killed at a military prison in Guayaquil, the country’s second largest city.

Authorities said last week the killings in Veracruz state were related to a dispute between drug gangs in the area.

The abuses have fueled debate over the troubled state of the country’s prisons and caused international outrage. Some have called for the resignation of President Lenin Moreno.

Authorities last week stopped offering food, health care and other basic services in the overcrowded Ciudad Altamirano, where hundreds of inmates refused to leave the prison’s infamous “Blood Alley” and threw rocks and bottles in protests.

“There is no future with these children,” the minister of justice, Guillermo Rivera, said, adding that some of them carried identity documents from non-existent families.

The prison, previously the biggest in Ecuador, is teeming with 1,750 prisoners, nearly three times the officially sanctioned capacity. The seven-acre site holds more prisoners than there are people living there. It is home to 80 gangs and has been known to smuggle in drugs, weapons and contraband.