This is a rush transcript of the Two Trains a Day podcast. DC: The Surrey Federation of Police Officers (SFPO) have arranged to have a group of police officers training with a group of… 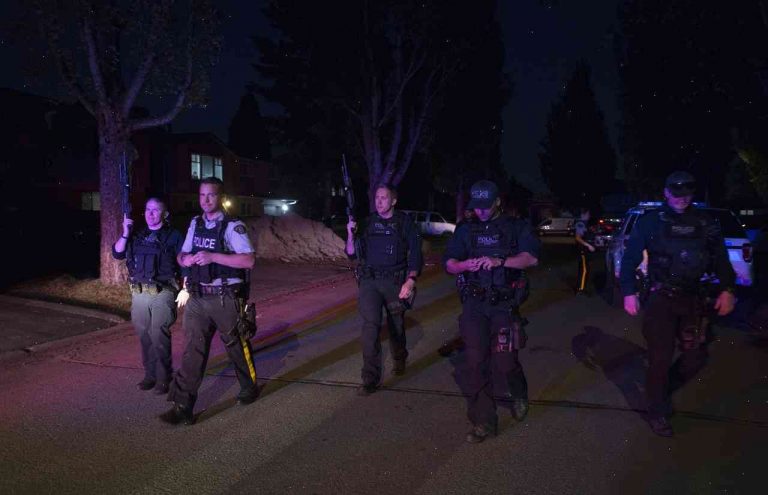 This is a rush transcript of the Two Trains a Day podcast.

DC: The Surrey Federation of Police Officers (SFPO) have arranged to have a group of police officers training with a group of Surrey municipal officers in the hope that, as such, they’ll one day become an official side-duo for the municipal police services. We spend a little time talking about the pride that police officers feel in their city and how the RCMP hasn’t always had a positive reputation.

DC: Hundreds of people representing the SFPO come together to greet or discourage, in most cases, their own members.

JH: We’ve tried to run the trainings without telling our own members and try and avoid provoking any issue.

CORD: The chief of the RCMP refutes the concerns voiced by many local police service that the RCMP isn’t on the same page. In 2003, the union said that, whereas RCMP didn’t actually serve all Canadians, municipal services are universal. The RCMP notes that municipal police are a mixture of provincial and municipal forces and as such its helping the municipalities and Surrey to transition into its form. It also notes that RCMP can provide a broad range of services that city services can’t. In Surrey, all municipal police officers now carry weapons and training is generally aimed at preparing officers for the next line of duty. As well, more RCMP officers are currently working in Surrey.

“We’re educating them, showing them the system they’re facing, including how to operate in uniform, take them through some exercises with the military-type roles, not wearing the uniform as well, [so they know] the roles that we’re trying to get them to be as good members of the city and for all of us to work together…” says assistant RCMP commissioner Wayne Rideout.

Hi, I’m Jill and I’m Jenn. Welcome to our podcast Two Trains a Day. We talk to different experts every week. The second one we talk to today is Wayne Rideout, the Assistant Commissioner of the RCMP, and Chief, Vancouver Police Department, Kurt Nelson. Thanks to both of you, for talking to us this morning.

EW: Thanks, yeah. Appreciate it.

JH: The Surrey Federation of Police Officers (SFPO) made it their mission to train with the VPD last year.

DC: About two thirds of the SFPO union’s membership served with the VPD, including some former chiefs of staff. Some argued that, because it was public safety professional, the impact of their service was more tangible, similar to the mandate of the RCMP.

EW: We’re going to be going a little bit different this time. First, to say that we’re still, I guess, shying away from the fact that we’re uniformed police officers. We want to focus on the way our membership does their jobs.

DC: Well, let’s just say that there are occasions on an individual basis that we’re playing a police role and they serve the general public.

DC: We’re choosing to stay with the role of the RCMP.

JH: The thing is, though, the biggest difference is their different format —- CPO, SPC, and VPD. I have less training, I have less skills, and we’re limited in a group call, smaller. When you get into either of those three, you lose some of your capacity to be able to talk and express yourself about your work in a public way. Now, we train here, we know how to talk, and we try and blend it in with our real lives.

NW: So, there are two kinds of police officers —-

EW: And as we’ve heard, a lot of them, their work is so closely, so personal that you could just so easily slip into one role without the other.

JH: And certainly, having this trainees come in and trying to learn as much as they can from our officers, that seems to work. If they want to learn it�