It’s 2017, so why is Donald Trump mired in “bromance” with Turkey’s president Recep Tayyip Erdoğan? Who wants to get to know Haydullu? The gesture at Turkey’s train station made national news on Thursday… 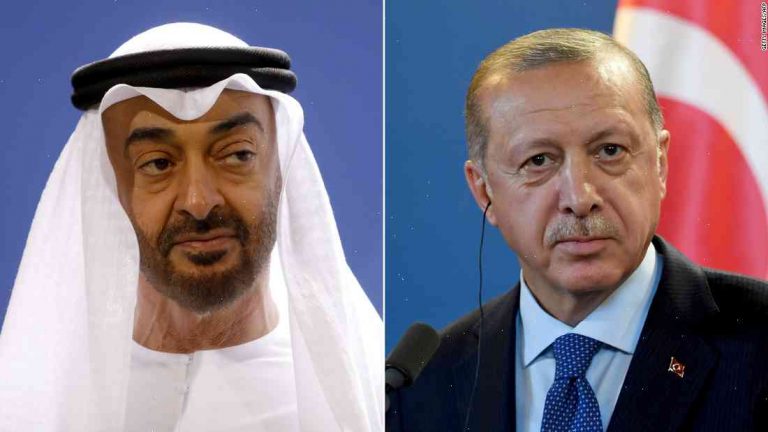 It’s 2017, so why is Donald Trump mired in “bromance” with Turkey’s president Recep Tayyip Erdoğan?

Who wants to get to know Haydullu? The gesture at Turkey’s train station made national news on Thursday when Turkey’s president, Recep Tayyip Erdoğan, gave one of his neighbours a friendly pat on the head. It was a quick election gesture, President Erdoğan explained, as he drove a toy train with his dogs around Ankara. Everyone was amused.

Donald Trump – Or we should say: “It’s coming, we are taking you over, that’s what we told you.” Trump was one of the last American leaders to shake hands with Erdoğan, when he opened his first term in 2012. But what would a relationship between the two – long embattled by Erdoğan’s authoritarian streak – look like once the American president is a loser?

Here is what the relationship – unlike Trump’s trips – tells us about the role of the US in the Middle East, and where it can go from here. The relationship is a complex one. The US and Turkey have enjoyed a special relationship since World War I, and their two countries constitute an unstable triangle, with the Assad regime and Russia close to Erdoğan’s Turkey. The Turkish-Syrian border is by far the most important one in terms of international politics. For both the US and Turkey, the relationship is important in the proxy war between Turkey and Russia, and the price of that war is paying today. In short, the US needs Ankara on its side to give Erdoğan whatever concessions he wants.

But the relationship isn’t one of one. But Erdoğan has been able to use many of the US politicians’ mistakes in ways not shared by other regional actors. Along with Jordan and Saudi Arabia, the US could open a front against Isis in western Syria – an advantage that Washington has given to Erdoğan by not leading a ground campaign against Isis. But these benefits can only accrue if Erdoğan buys into coalition-building and limits his involvement in Syria – two things he hasn’t shown any interest in doing. Erdoğan also doesn’t see a limit to his power in Syria; Isis and Bashar al-Assad are not enemies.

Erdoğan so far has taken the US under the bus. But he still has work to do. For the US, Erdoğan needs to back down in Turkey – not least because the US views Kurdish fighters there as both your partner on Isis and anti-terrorist forces. He also needs to end his ban on free media in Turkey. Again, he has so far taken the US and Europe by the hand and led them here. In a state of war, it’s harder to rein Erdoğan in.

All this helps explain the unexpected warmth in Trump’s statement welcoming Erdoğan home from his meeting with his European counterparts last week. It was an opportunity for Erdoğan to invite Trump on a trade trip. It was an opportunity for the White House to remember the buddy-buddy friendship between Erdoğan and Obama. On top of that, Erdoğan can bask in the flattering coverage of the meeting with French president Emmanuel Macron – not to mention the warm words he received from Angela Merkel, who told him he was a good ally.

That doesn’t mean Trump will be rolling out the red carpet. On the contrary, on Thursday Trump’s deputy national security adviser warned him to be careful what he wished for. If the US doesn’t get in bed with Turkey, Europe has the same idea.

It is tough for both sides. The US and Europe have to remember the Erdoğan/Assad alliance they’ve helped Erdoğan create. That alliance needs to be ended. But now that Erdoğan has his bargain with Moscow, there’s no fallback position for the US. So far, this is all rather depressing.

Washington Post is choosing winning photos in its 2021 National Geographic contest. Can you spot your favorite?