The establishment of a mid-summer high in the atmosphere pushes the storm system back out into the open ocean. This may complicate forecasting the pattern around Hurricane Florence and the rest of the summer… 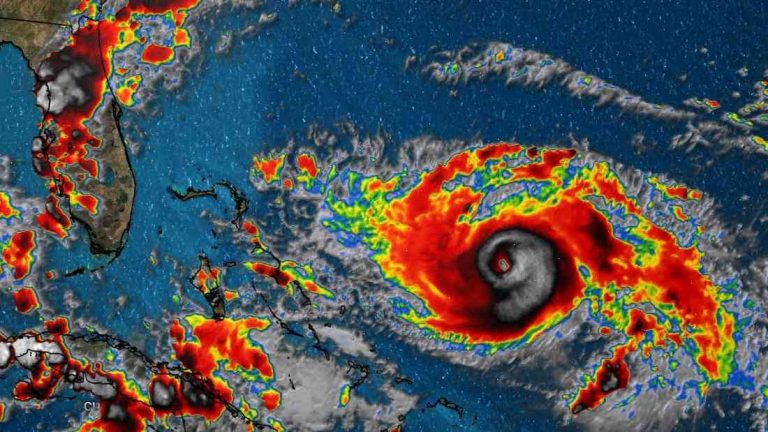 The establishment of a mid-summer high in the atmosphere pushes the storm system back out into the open ocean. This may complicate forecasting the pattern around Hurricane Florence and the rest of the summer season.

In this week’s Atlantic Impact Forecast, Dr. Jeff Masters and I examine how Bermuda’s snowstorms can increase rain totals across the Caribbean and the United States.

Our spring offshore hurricane season may be calm, but the potential for monster storms is right around the corner.

In our 2019 winter outlook, we noted a “high likelihood” that the mid-summer potential landfall of Florence is a mild tropical season, meaning that the region will see more cloudiness and rain, yet generally warmer temperatures than in a typical winter.

Unfortunately, our spring offshore hurricane outlook was revised even further on Monday as forecasters announced a key atmospheric feature – a slight pause in Atlantic growth caused by a high-pressure region off the east coast of South America – likely will cause a disrupted storm development this spring.

Back in December, we were concerned about an established Bermuda snowstorm system during the spring season. When combined with an increase in the rain over the area, we noted a potential for a severe storm while the system threatened to cause flooding in parts of the U.S.

So far, we’ve seen the snow settle on Bermuda, rather than move to the United States. That’s due to a slight eastward shift in the Bermuda snowstorm system.

Still, because of the shifting low pressure pattern, we continue to hold an elevated risk of tropical disturbances over the Atlantic Basin during the spring season – especially at mid-season. This includes the possible potential landfall of Tropical Storm Sandra.