He was the single most scorned politician on this side of the pond this year. If the European Union and Theresa May weren’t hopeless and desperate enough, the exit of Theresa May’s predecessor David… 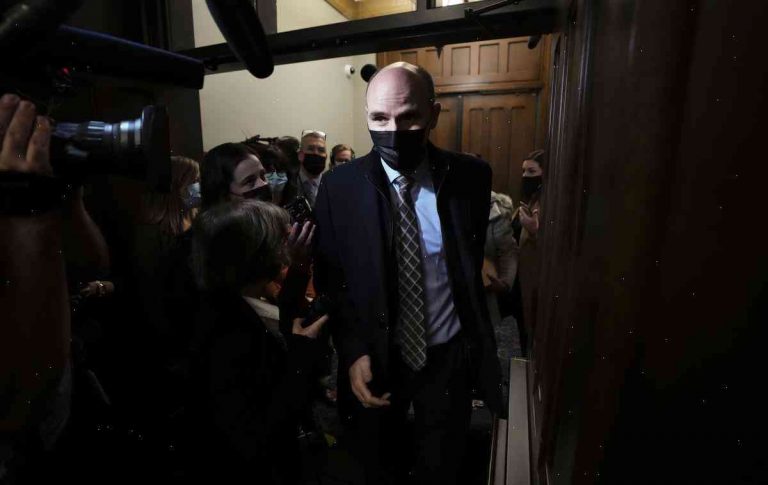 He was the single most scorned politician on this side of the pond this year. If the European Union and Theresa May weren’t hopeless and desperate enough, the exit of Theresa May’s predecessor David Cameron only made things worse. Her attempted rebellion against her government’s July border deal with Brussels didn’t go far enough to save her. The European Council declared that she was “not a senior partner” in the negotiations, and members also told her how to do it in their private meetings. She had also lost that golden trust: Never criticise your own party leader to your own party, but to the whole European establishment.

In Canada, on the other hand, two historic losers sought success again. Both, and not in that order, have come undone after repeated wrong bets.

Maxime Bernier told us a million times over the years that there was no point fighting the Union. But once he got his first stab at the prime minister’s office and the opportunities that brought, we didn’t hear him say anything else. Left alone with the portfolio of Foreign Affairs, there was no choice but to go off the reservation — as he had done before. To try to save his campaign on the First Nations, he co-opted Indian leaders and tried to just marginalize First Nations opponents.

Bernier lost his fight for an independent Canada to someone who was hoping to be prime minister of Canada. And so the history books will tell us: Bernier lost, the entire country was wronged and nobody learned a single thing.

On the other side of the country, Andrew Scheer was a low-key MP from Calgary who had always struck me as a solid, principled conservative, but hardly electrifying or exciting. But on the election trail he won. Even Andrew Scheer didn’t expect that he would become leader of the party.

As the Commons debate on Bill C-37 began last year, I watched Scheer, and his backers, lead a push of bullying, demagoguery and fear, to increase refugee and asylum-seeker quotas and to eliminate indefinite detention.

But our party has elected the first Conservative leader of the new Conservative era who, other than outlining his cuts to immigration, is not going to do anything. He is prudent, experienced and a proven success in his former job as Speaker of the House of Commons.

Because of this, I now recognize Andrew Scheer as the leader of our party for a generation, a leader with the skills, vision and moral integrity to take us forward, to winning elections and governing this country.

No more Premier Hogan, no more Jim Prentice, no more PM Oliver, no more Bill Graham, no more elitist special interests. The single most important thing is the leadership of Canada’s first woman prime minister, who is poised to shatter the glass ceiling of our party and take us even further to the right. At the end of the day, some voters did not think Scheer was radical enough, but the Liberals are back on the defensive because of this.

And while we were at it, Canadians should also realize that there is hope and a government that isn’t on the same fiscal pages as the oligarchs. We’ve got to forget about climate change and thinking like the elite and instead take serious steps to address the biggest challenge we face. We can meet our emissions targets while improving our economy.

If Justin Trudeau will join Andrew Scheer on the defensive, I am counting on Canadians to choose the choice of a strong, honest, principled conservative for the next four years.

Susan Delacourt is a Quebec-based writer, lawyer and editorialist. She was the host of the famous “Breach of Trust,” a weekly radio segment which explored the ethics of the modern party machine.