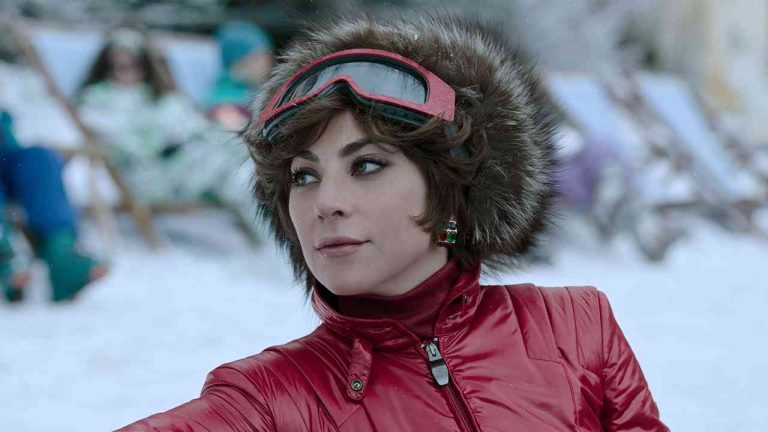 This article is over 3 months old

A $100m project to make a movie about Gucci has been slammed by the luxury brand’s family after it was revealed the studio cut scenes of its co-founder, Guccio Gucci, because of concerns they were “too gruesome”.

The production, House of Gucci, is an “immersive docu-drama” and was filmed last year by Paramount Pictures.

Gucci, the family company, criticised the “house” title given to the movie and hit out at the treatment of Guccio Gucci’s corpse, suggesting the scene was cut in favour of a scene showing another company making a pornographic film, the New York Post reported.

Its comment came after the Wall Street Journal reported the movie was reframed after footage involving Guccio’s corpse was refused clearance by Paramount.

The scenes depict the Italian entrepreneur – whose mother was also a model – dying in a plane crash before his funeral.

His sons, Maurizio and Alessandro, wrote in an open letter that they were “deeply concerned about a barbaric treatment of animals” in the film.

The movie has not been released publicly and is expected to be submitted for Academy Award consideration later this year.

Gucci told the Wall Street Journal “the studio’s decision did not reflect the authentic tale of Gucci” and in a statement that “extraordinarily high production standards” had been placed on the film.

“It’s time to focus on the creation of great art rather than engaging in serious errors of judgement. Gucci is ready to move on,” the statement added.

The Italian family business – which this year marks its 150th anniversary – has also introduced new ethics guidelines following the high-profile case of a luxury goods customer who was sacked from a Gucci store in London after she reported its ethical practices.