Imperial Woodworks on the Liverpool docks is best known for wooden boats, including the 56ft Russleys saude Britannia – famously named after a villain in the Star Wars films. On an adjacent site, however,… 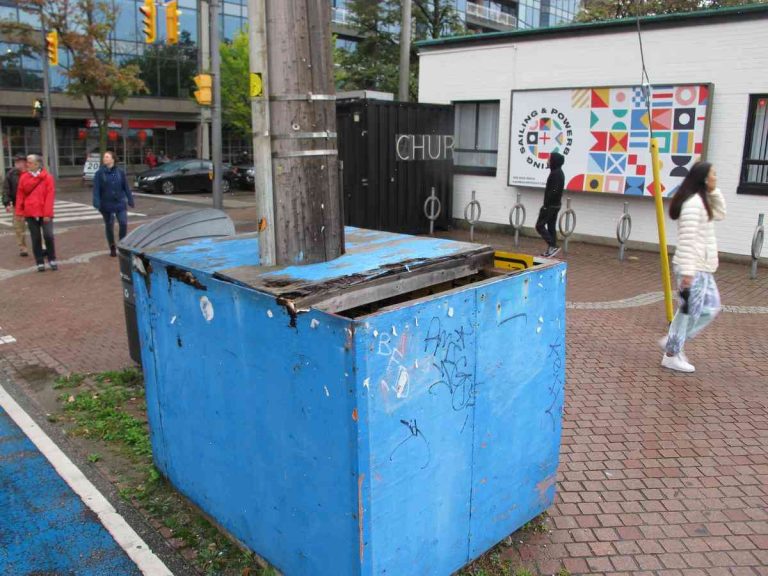 Imperial Woodworks on the Liverpool docks is best known for wooden boats, including the 56ft Russleys saude Britannia – famously named after a villain in the Star Wars films. On an adjacent site, however, it is hard to escape what locals call “that damn box”. A huge mound of rotting timber and pebbles still covers the whole site, more than 40 years after it was bought by the Crown for £1. The venue attracts rusted old men in sailor’s suits, labouring on the Thames-side dockyard and settling old grudges. But it is much less exciting for the hundreds of visitors coming in every day to soak up the local culture.

Soon it will have been pulled down, replaced by a shopping centre. But that won’t solve the problem, which is that no one knows where the wood came from.

That postcard over the dock does not refer to a wood or machine… Photograph: Joshua Mccluskie

Historians have poured over the building’s history and found few clues. There is no map of the original docks, nobody knows who was responsible for its repair and there is no record of who set it up. Instead, it seems to have been a social experiment which sought to provide a unique community place at the heart of a rural location.

Business professor Anthony Papazian spent 18 months researching the Woodworks and found clues scattered across postcards, documents and local newspapers, but no overarching architectural pattern that could place its origins. Some have speculated that it was modelled on an abandoned house and that its origins can be found in the apocryphal tale of the kettles in old Liverpool. The red cast iron buckets were used by the Danes to handle hot water, the story goes, and were hand-built in the dockyards around 1620, making it a landmark in the name of antiquity. They have yet to reach the new pier.

The wood was first used in the 1840s for items such as bricks, tiles and furniture, but later the dents, cracks and other things which the “lizard dwelling” system was designed to cope with became largely ignored. The structure survived until 1961, when it was decommissioned, and replaced by the Houses of Parliament’s Central Committee Block.

Today the site has an admirable association with British art, but nobody seems to know exactly what to call it.