The portrait of Catherine the Great on the window has a signature, shown at the top left, circled with question marks. On closer inspection of the document, the initials “CV” are clearly visible. What… 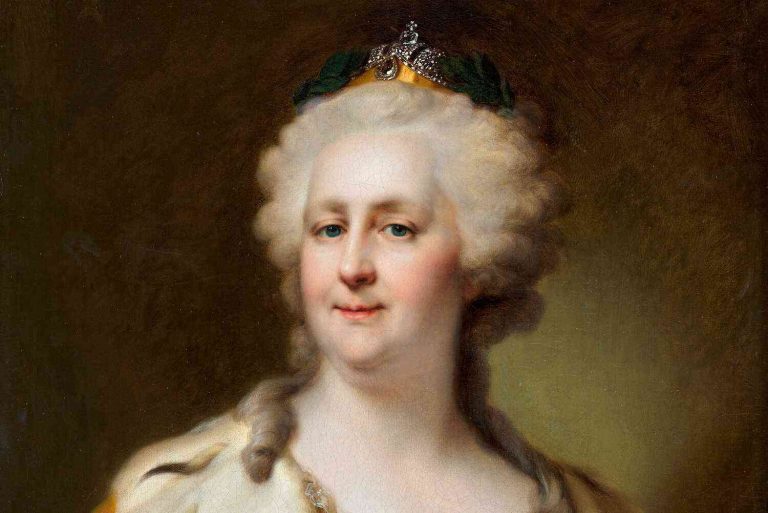 The portrait of Catherine the Great on the window has a signature, shown at the top left, circled with question marks. On closer inspection of the document, the initials “CV” are clearly visible.

What an interesting combination of forces! A portrait of Catherine the Great on the window of her Dnepropetrovsk mansion, whose backers are British and Russian billionaire magnates, topping off with a signature under two question marks, alleged to be those of the Russian nobleman who famously assassinated Joseph Stalin and turned the head of “toxic disease” into a corpse before stashing it at the catacombs near Moscow.

The text of Catherine’s letter to a Russian health minister shows her support for high rates of vaccination, which came to her domestic home in 1894 during a campaign to combat typhus.

“I understand that the villages and towns are plagued by infections and diseases from careless drinking and by the constant infection of the population by these deadly diseases, particularly typhus, which is of very serious proportion today in Russia,” she wrote.

Surveys published on the practice of vaccination have shown that disease rates dropped dramatically in the Urals after the first injections were administered during mid-1898.

Tracing her name in the document and pointing out the possible coded markings, the BBC explained that “C” for “conviction” might mean “something like he had finally been sentenced to death; “X” for “escape” appeared to be for removing the sniper’s bullets; while “CV” would indicate the source of the original document.

But given that Catherine was not a high priestess or religious leader, and that the letter might have been signed by Alexander Pantolphov, someone the 18th-century monarch apparently trusted, it is hard to predict which could be her doctor.

The woman behind the mystery letter, born Catherine Blokovich in 1822, is said to have been murdered by priests of the Tartar branch of the Russian Orthodox Church in 1901, but the records of her death remain secret.

This article originally appeared on guardian.co.uk

Tech Execs to Testify at House Intel Hearing as the ‘Dog and Pony Show’ Ends: Report