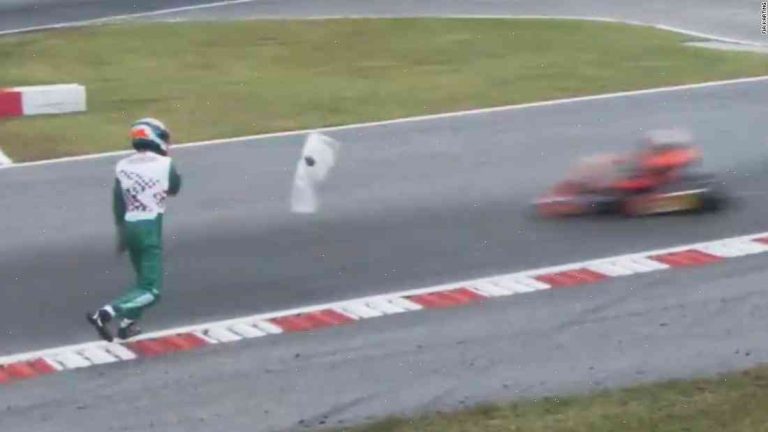 The Estonian who died at British Motorcycle Racing Cup (BMRC) 2016 has been investigated by police over an alleged altercation with a rival on the track.

Viberi Lennik, 31, died during a gruelling 250cc feature race at Langstone on 8 November.

Birmingham police are treating the death as murder and a 29-year-old man, a former champion racer, has been arrested.

On Thursday it was revealed Lennik was being investigated for assaulting a fellow competitor at the Welsh Grand Prix in 2010.

The driver was charged with assault and fined £500 after driving behind a collision between opponents during the event at Pontypridd.

The cost of what was described as an “excessive” aggression was not specified.

In a statement issued on Thursday, Lennik’s father noted that he and his wife had been unable to see their son before he died.

“Our lives have been turned upside down and we have very little information from the police,” he said.

“Viberi was a seriously disciplined man. In our family we’ve seen he followed the rules and that he was very good at his job.”

Lennik was competing in a 250cc event in Langstone on Sunday, when he suffered serious head injuries in an accident during the race.

He was airlifted to hospital but pronounced dead earlier this week.

Lennik was in a position to win his first British title having finished third overall in the standings in 2014 and 2015, when he was the champion.

Meet the Chicago-based studio with a penchant for Cassavetes