Ontario parents call for inquiry into allegations of pathologist’s misconduct 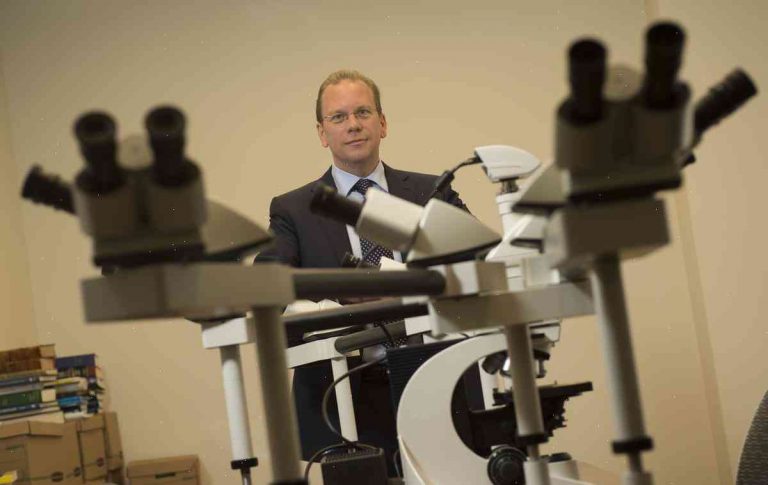 Parents whose children were killed in Toronto’s infamous Whalesbone cemetery are calling for a judicial inquiry or full parliamentary inquiry into the alleged thievery, misuse of data and disregard for patients who died in Toronto’s top pathologist’s office.

The parents spoke out at an emotional public meeting on Saturday, three months after Dr Wendell Steckler’s name was revealed for allegedly tampering with files at the department of pathologist and anatomic pathologist at Toronto’s Sunnybrook hospital.

“Do we want a medical review?” asked Bonnie McLean, whose nine-year-old daughter, Sara Gordon, died of streptococcal necrotising fasciitis in 2007, two years after she was first sent to Steckler. “Or do we want to take him to court?”

The Toronto Star on 16 September reported that Steckler had altered files, deleted evidence, failed to follow up on spousal visas, failed to examine a patient’s intestinal wall even after knowing the woman was infested with colitis and would be in critical condition on arrival at the hospital and even referred 18 patients from the next room – including 12 doctors – even though they had been examined by Steckler in the past.

The Star revealed additional reasons why it was unsafe for patients to be admitted into Steckler’s office, including: he would work his way through the case book fast while “covertly creating files while sitting at a table” and faxing documents to a notary, giving the impression to a notary that patients had died at the same time.

Toronto police are investigating the allegations of theft. Since then, Steckler has refused to be interviewed by police and has stopped treating patients. He has been placed on medical leave.

On Saturday, at a community meeting on the Whalesbone graveyard, parents shared stories of deceased loved ones and asked if the world needed a “white-hatted” shaman to heal them of their pain. However, some parents agreed that they needed to find closure and wanted to know whether there were other patients who had suffered adverse outcomes while under Steckler’s care.

“He clearly did something wrong and it makes sense for someone to look at how his behaviour has affected the lives of those who are directly involved,” said the Liberal MPP for Eglinton-Lawrence, Eric Hoskins. “We shouldn’t be here today because [Steckler] broke the system, he broke the system in a way that should never happen again.”

Several parents said they thought there was a culture of secrecy and were desperate for an inquiry or judicial inquest into the matter, which has been widely criticised in the media.

Many parents requested to see Steckler face to face, and one brought a sign saying “Wendell Steckler will not be autopsied”, but police were on site throughout.

Speakers at the meeting called for stronger ethical standards in public health, an independent council for the health ministry and a forensic review of the Toronto public health system.

“My God, I was terrified he would come and I was just blown away,” said one mother of a father who died from high blood pressure after his home was flooded. “There was so much anger there. It was coming out of my mouth and he didn’t blink. He just stared,” the mother said.

Another family that lost their 24-year-old daughter asked Steckler to be present in court for the trial. “Let him be in court and give him face to face testimony,” they said.

“We are tired of giving up our voice and we are not gonna sit here and allow our children to be given a burial without a proper autopsy,” said the mother of a 48-year-old man who passed away from cataracts, saying Steckler “lost his sense of objectivity and conscience”.

The Toronto clinic where Steckler works now participates in the Perioperative Pathology Program, a health programme for new mothers, and the mom said her daughter would not be buried with “anomalous emb