On a recent Thursday afternoon, a swarm of people pushed into Samira’s, the restaurant above the Harbour View Hotel in Fort Lauderdale. By 5:15 p.m., the room was as full as it was at… 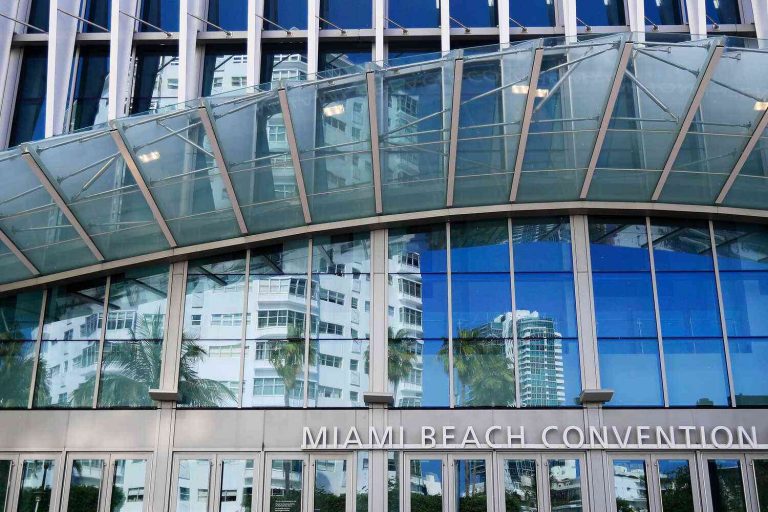 On a recent Thursday afternoon, a swarm of people pushed into Samira’s, the restaurant above the Harbour View Hotel in Fort Lauderdale. By 5:15 p.m., the room was as full as it was at 6:00 p.m. But there was no rush to the bathroom, not even a breeze with one of the warmest afternoons in memory, because the restaurant was closed.

As festival-goers streamed through Samira’s to catch a performance by the Pines & the Ascenders, the Thursday night crowd was confident that they’d snagged an ideal venue for the festival.

So what were you doing here?” asked artist Nadia Masalescu, who came to the festival from New York for the third time in a row.

“I think that the festival is a good opportunity for some people to meet other people, to make new connections,” she said. “I also like the music and I feel like people at the festival are really appreciative of the different contemporary art forms that we have, especially digital media and sculpture.”

But with a majority of festivalgoers spending most of their time at the art fair, some Miami residents were left wondering whether this was truly the best time to spend several days in a Miami hotel.

“I had this vision of PortMiami, with the water, and the boat clubs and the skyline and people out here eating at midnight,” said Elena Sanchez, a Miami resident who attended Art Basel Miami Beach last year with her family. “In the end, it’s kind of boring.”

“I’m a little ambivalent,” said Robata Figoli, who came to the festival with her family. “I’m excited by the energy, by the art, but is it worth it?”

The many hours of sunshine and excellent temperatures might have helped people to overlook some small flaws.

“It’s still downtown,” Figoli said, looking out over Biscayne Bay. “It’s so beautiful, but I wouldn’t take a whole day there.”

“I feel like I have already gotten everything I needed,” said Federico Pallati, a Miami resident who came for the first time with his family. “What I came for, I got. Everything is here: space, culture, museums, green space.”

“I was here last year,” said Alena Portasio, a traveler and festival-goer from Orlando. “But I have been to Basel for 20 years, so I come every year. I enjoy it — and so does the ecosystem — but there are a lot of people coming to Miami from all over the world. This year, it’s not all working in my favor.”

“But what can I do?” Pallati asked. “I just watch as much television as I can and travel around.”