The removal from the US State Department’s list of foreign terrorist organisations of the Colombian Revolutionary Armed Forces of Colombia, known as the FARC, may end an era of hostilities between the rebel group… 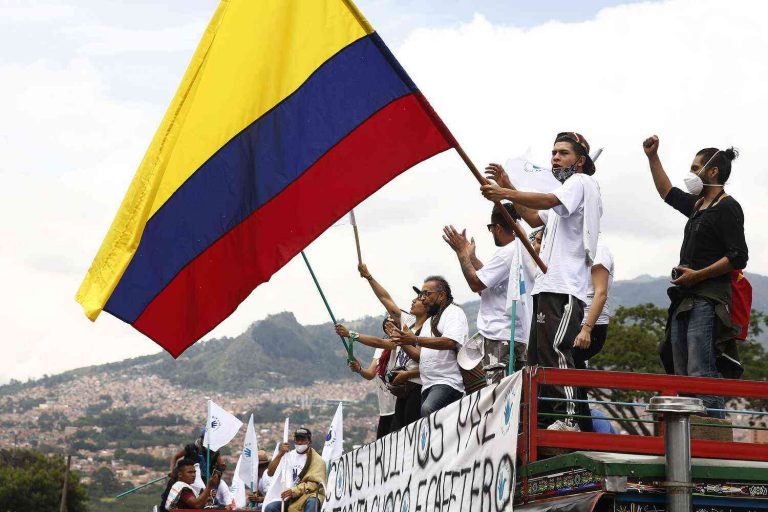 The removal from the US State Department’s list of foreign terrorist organisations of the Colombian Revolutionary Armed Forces of Colombia, known as the FARC, may end an era of hostilities between the rebel group and the government of Colombia, but only time will tell if it leads to lasting peace.

Colombia is the last country to “end” a list, which may or may not ever be erased, thanks to the ongoing conflict. Despite a peace deal between the government and the FARC, it seems that no one has forgotten the human and financial costs of this confrontation.

This impunity extends even to those who engaged in warfare against civilians and weren’t on the US terrorist list. Indeed, human rights organizations documented extensive evidence of FARC fighters and militias committing war crimes, which included murder, kidnapping, rape, torture, forced displacement, and sexual slavery during their more than 54 years of war.

In particular, Human Rights Watch documented hundreds of cases of rape, sexual slavery, enforced disappearances, and child recruitment during the country’s armed conflict. The FARC and its paramilitary allies were responsible for “virtually every atrocity imaginable” against civilians during that period, said Amnesty International.

Yet, today, the list contains 30 entities still branded as terrorist. They may have removed one group from the US list, but the remaining 29 are ideologically tied to those organisations responsible for serious violations against civilians and other violations of human rights.

The United States justified its decision to label the FARC as a terrorist organization in its 2006 designation of the Venezuelan President, Hugo Chávez, by showing that Venezuela’s long-standing support for FARC “has generally been directed toward the overthrow of the government of Colombia.” Of course, this was not the case with the FARC-EP, but it seems to be true of many terrorist groups. For instance, Rwanda’s Democratic Forces for the Liberation of Rwanda, or FDLR, came to international attention during the 2004 Habyarimana bombing. Their armed forces are listed on the list along with the FARC-EP.

Perhaps most disturbing of all, not a single entity on the US terrorist list has been convicted or incapacitated in any non-US court on a UN or national court. This evidence of impunity over human rights violations is especially alarming given that many are as heinous as the ones covered by Human Rights Watch’s report. After more than a decade of documented crimes, why has the US deemed the FARC-EP to have no authority to be listed as a terrorist group?

Human Rights Watch agreed with the removal of the FARC from the US list, but it noted that “while the FARC [still] represents the danger of continued violence and, in the absence of a comprehensive transitional justice process, may commit atrocities against civilians in violation of international humanitarian law, FARC leaders should be subject to due process and fair trials under international human rights law.”

In terms of a transitional justice process, the FARC has accepted seven of the eight possible offers of amnesty. But as the recent announcement from the secretary of state showed, the date of final agreement – 21 October 2019 – still could be delayed, again, due to the difficulty of finding a middle ground between the FARC’s calls for impunity and those of the Colombian government who seek to end the conflict.

Finally, the US State Department issued a cautionary note on its foreign terrorist group removal policy, pointing out that it could be “dangerous for our region”, particularly if it is misinterpreted as a signal that “after years of unlawful abuses and terrorism” such a group should be removed from the list.

While the FARC’s removal from the list is cause for celebration, it should not remove the United States from its responsibility to ensure that its designated foreign terrorist organizations are not involved in abuses in Colombia. While the FARC remains on the terrorist list, the US government should work with the Colombian government and human rights groups to ensure that justice for the FARC’s crimes is immediate and accessible.

Elton John and Roy Orbison: the forthcoming CD will include the anthemic Fantasticks anthem