In his keynote address Tuesday at the just-concluded African Business Summit in Lagos, Nigeria, Vice President Mike Pence outlined a broad plan to boost U.S. investment in Africa, asserting that the U.S. would invest… 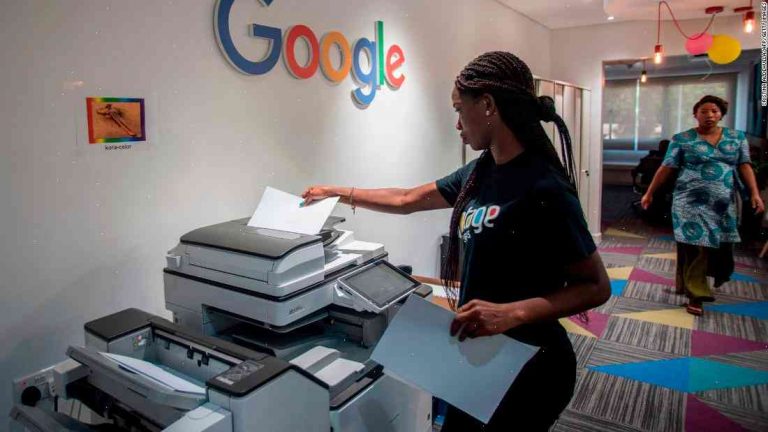 In his keynote address Tuesday at the just-concluded African Business Summit in Lagos, Nigeria, Vice President Mike Pence outlined a broad plan to boost U.S. investment in Africa, asserting that the U.S. would invest $1 billion over five years in an “outreach” to 30 to 50 African countries — “not by some lucky list of states in Europe or the Middle East, but by the next 53 most populous countries in the world.”

Pence pledged to “educate, empower, and unite the next generation of African leaders” in his speech, which he delivered without a script.

He praised Nigeria as a country in which “Africa’s best opportunities will be found” — perhaps an apparent slight to the country’s military campaign against extremist group Boko Haram, which is also involved in combat against the Islamic State.

Pence also noted that countries in Africa needed to take steps to develop their economies and support the private sector. That will, he said, require “continuous development of strong institutions.”

“We need to start by recognizing and acknowledging that we are stronger as Africans than as Americans,” he said.

Pence also pledged to work to enhance women’s rights, noting that women were the backbone of African economies, work “in vast numbers” and “stand out as being the engine of economic growth” in the continent. The vice president cited a report by McKinsey showing that the economic output of countries with more women in parliament equals 30 percent more GDP.

Pence praised innovation in Africa, acknowledging that today’s youth are the next wave of great entrepreneurs and thinkers. He said that he plans to create an innovation challenge in his youth in honor of Friday’s International Day of Youth.

“We will partner with the private sector on more than 50 companies,” he said. “We will give private companies the technology to build them up and scale them in an African market, and we will increase the legitimacy and the investment that they can have in Africa to create jobs for people.”

“I’ve seen how rapidly, in a few months, new innovations can be used for the betterment of the world,” he added.

His speech and the $1 billion investment pledge follow President Donald Trump’s recent decision to cancel the upcoming next iteration of the U.S.-Africa Leaders Summit, a biennial gathering of African and U.S. business leaders which had been planned for later this year in Washington, D.C. Pence said in his speech Tuesday that the summit, “its original, inspirational and goalful place is not going to be held this year.”

Trump announced the cancellation in a joint statement with Tanzanian President John Magufuli, who criticized what he called Trump’s “bad” policy toward Africa, while praising Trump’s support for his government.

Pence’s visit marks the second stop of his weeklong tour of Africa. On Monday, he met with former U.S. President Barack Obama at the Capitol in Washington.

“When I think about the ties between the United States and Africa, I think about a continent rich with natural resources, strong and growing democratic institutions, and an emerging middle class in the form of young people whose hopes and aspirations are worthy of our support,” Pence said.