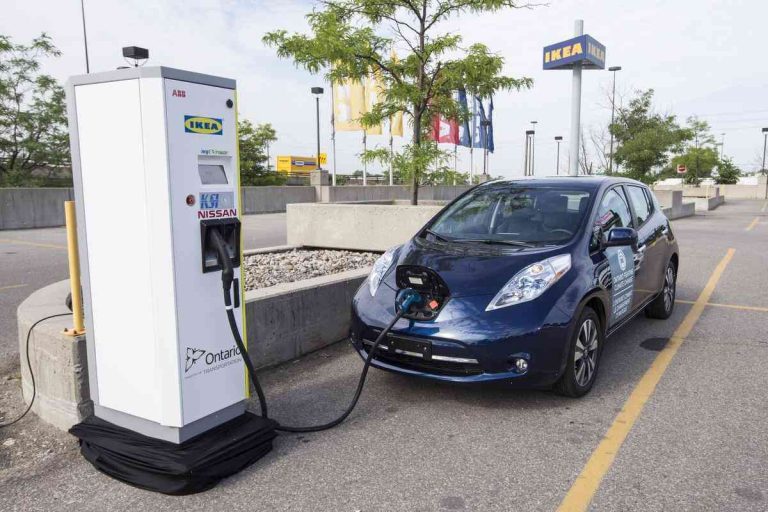 A staff recommendation that the city should waive electric vehicle (EV) rebates for more Toronto employees to move quicker towards achieving its long-term goal of being carbon neutral has sparked controversy among councillors and staff.

The Electric Vehicles Rebate Program (EVRAP) waives 75% of the cost of making an EV purchase for most Toronto residents in an effort to encourage the purchase of electric vehicles (EVs) in the City of Toronto.

However, Councillor Jon Burnside is questioning whether the program really benefits Toronto residents, arguing the purpose of the program is not to provide affordable or accessible EV’s but to boost e-tickets, which are usually at an exclusive price.

“When you look at e-tickets, it seems that there is a much lower revenue sharing for our corporations. With the EVRAP program, it just appears to me that it is a bit of a smoke screen. What it’s really promoting is the use of e-tickets. I was recently the first staff member to get my EVRAP rebate and I had to buy a Bluetooth headset. I’m not going to complain that I had to purchase a Bluetooth headset, but the program should be extended to a wider group of families in the City of Toronto,” said Burnside.

Councillor Jim Karygiannis pointed out: “The rebate program has been in place for years and it isn’t in the program to generate a surplus that we can use to buy e-tickets.”

Karygiannis also said the program shouldn’t be used as a compliance method. “Would you approve the rebate program for the Convenience Store Association because they haven’t purchased enough store credit? Why do we rubber stamp it for every business that is supposed to be participating in the rebate program, while we still haven’t met our goal of turning Toronto from a burning smokestack into a carbon neutral city?”

According to Parks and Recreation official Ira De Laz, the EVRAP program was created to “allow the city to provide consumers with the greatest incentives to purchase an EV.” The program has been in place for 15 years and is not expected to stop until 2050, noted De Laz.

The mayor’s staff recommended eliminating the rebate program for employees when they delivered their recommendations on how to accelerate the city’s carbon emission reduction targets in 2015. A memo in the report noted that green transportation within Toronto City limits accounts for less than four per cent of the estimated 80,000 vehicles in the city.

The report also stated: “Based on private-sector vehicle registration figures, the city would receive approximately $7.1 million in general revenue from non-resident sales revenues. From this and other sources, a revenue generation target would be projected for the account. This additional revenue would be presented to Council for consideration of increases in non-resident income tax (subject to fiscal and revenue constraints).”

Burnside agrees the city should replace the EVRAP program with a model that increases accessibility to EV’s for residents and has argued the timing is right. “We are looking at the most recent tax discussion so that by next year we should have it implemented.”

Why has this video of selling the August 6 close at 11.43 been deleted?